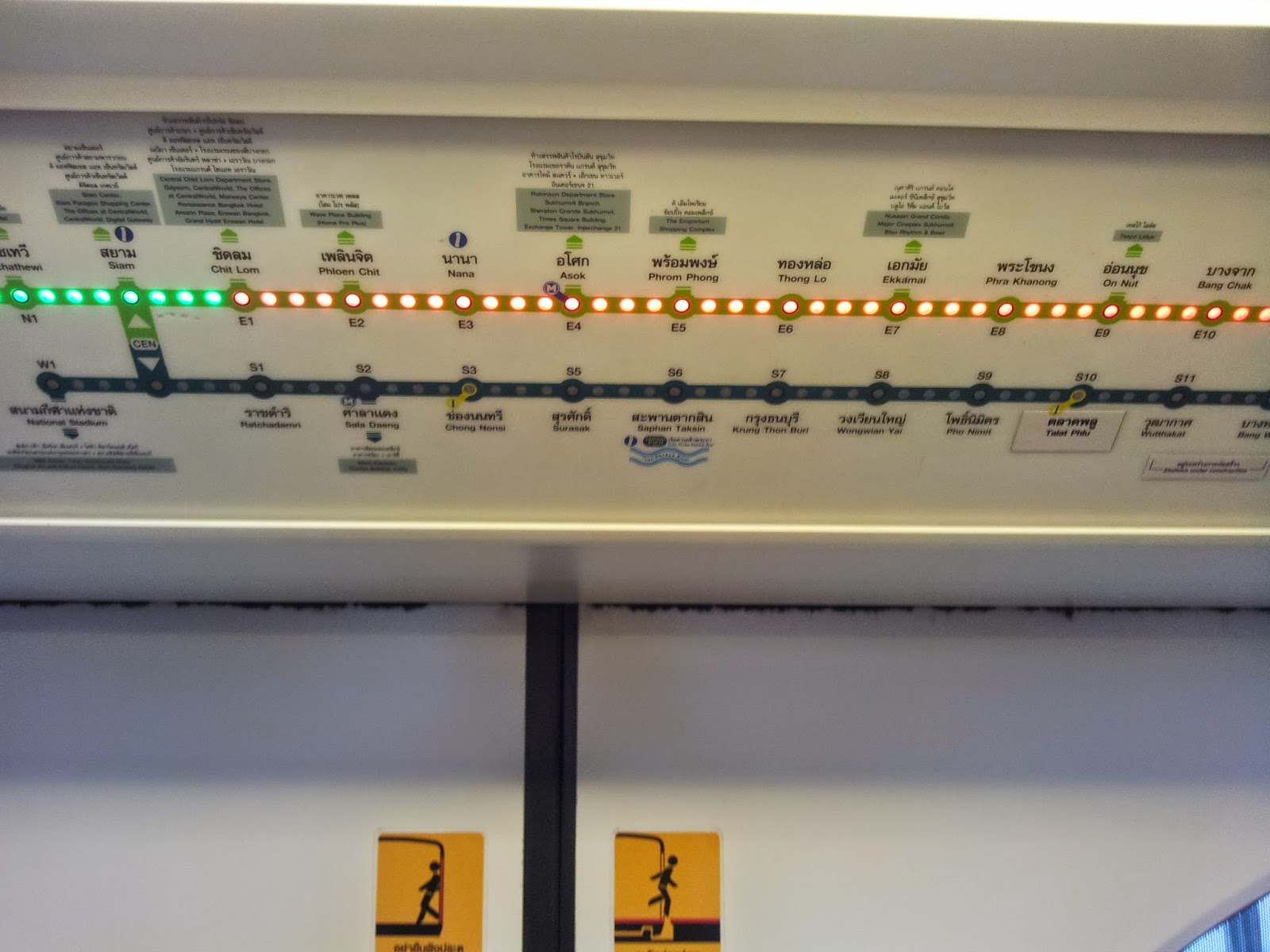 Veggie friend and I were up early; we knocked lightly on our neighbour's door but didn't get any response. They ventured even beyond us last night and we didn't know when they returned. There were a couple of things that we wanted to try out. 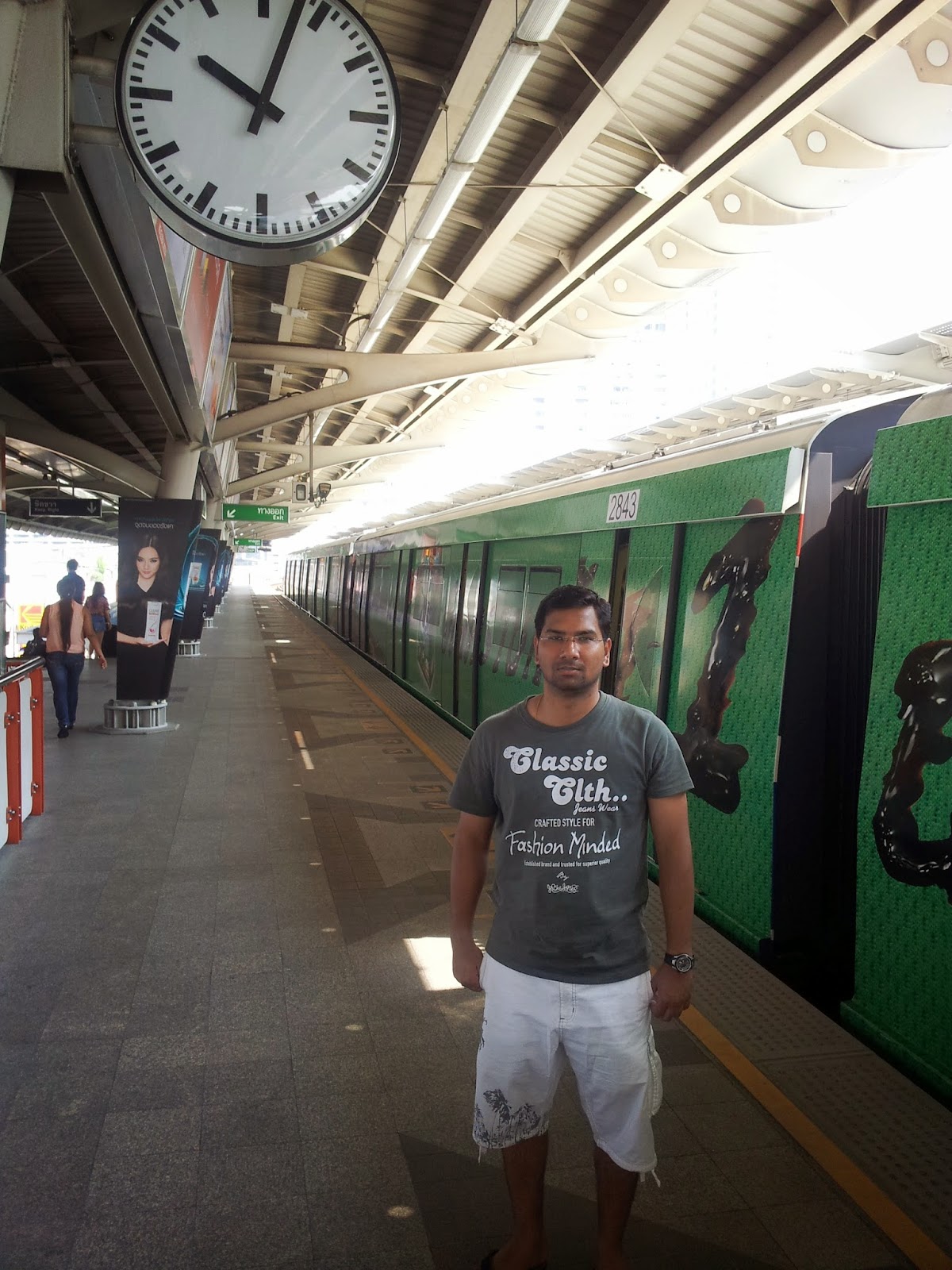 We took the metro (BTS) to Lumpini Park - this was our first ride in the metro; you kind of get used to metros if you have used them anywhere in the world. Slight differences would apply in the way fares are calculated but otherwise they are pretty similar. The minimum fare here was 15 Baht for a single journey - depending on the destination station, fares varied. The single journey tickets were plastic cards with magnetic strips that you could get from the vending machine. Fare information was easy to figure from the diagrams and we didn't have any language trouble in using the BTS. Within the train there was a led route display indicating the stations we arrived at. And just like in other places were there are multiple metro lines like the blue line, green line etc. here also they had 2 lines. In Bangkok it is called a sky train and not a metro because these lines are all above the ground unlike Washington where the metro runs underground.

Lumpini park was in the middle of the city just like you have large parks in the middle of New York. It was well maintained. The park had fitness equipment as well that could be used by anyone for free - the instruments were very sturdy; even if you tried hard it would be nearly impossible to damage them - such was their quality. In different spots of the park there were different equipments - no electronic or electrical machines; only manual ones. In the centre of the park was a large pond that gave a soothing effect. The place felt so good that it would tempt you to jog and exercise. It wasn't crowded but maybe since it was nearly 10am there was hardly anyone in the park. 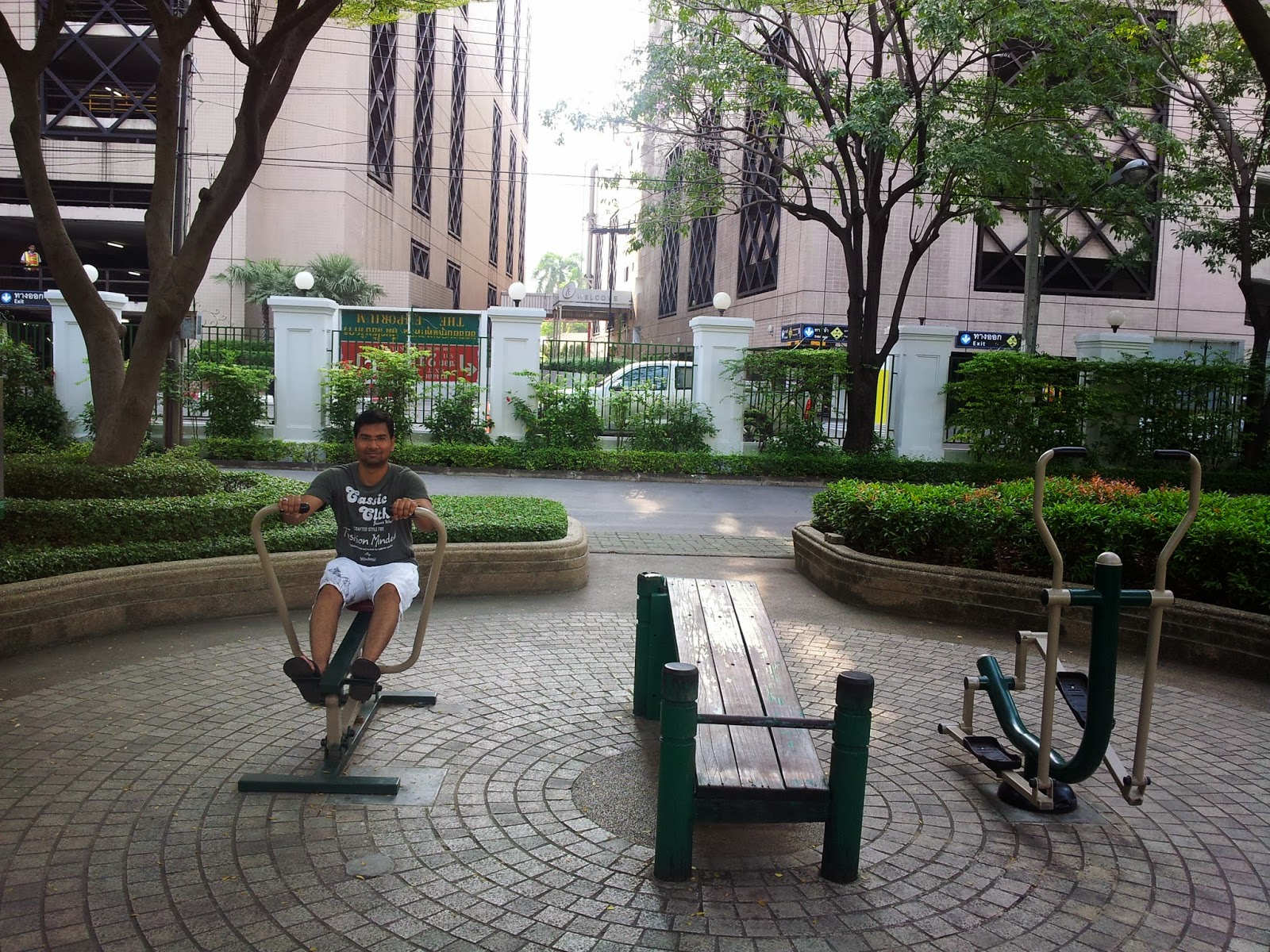 We walked some distance to peek at the Queen Sirkit park; this was also huge with a huge pond in the centre surrounded by walking and bicycling tracks around it. This didn't have any of the fitness equipment. We went half the distance around the pond before returning to our hotel. The maintenance of both parks was top class.

The last 3 hours in the city I spent shopping for souvenirs in the MBK mall while the other 3 went to purchase their TVs. You will sometimes see freebies being given in shopping malls for tourists - MBK was giving away free T-shirts - you had to take the advertisement from their booklet and show it along with your passport to collect the gift. They also had an entire section with plenty of small shops selling mementos like the Emerald Buddha, elephants etc. Keep looking around and enquire for prices before you purchase anything; sometimes you'll find the same item selling for different prices! And in many of these shops you can bargain - I made one shopkeeper happy since i bought most of my items from her shop; before me I don't think she was having a good sales day! 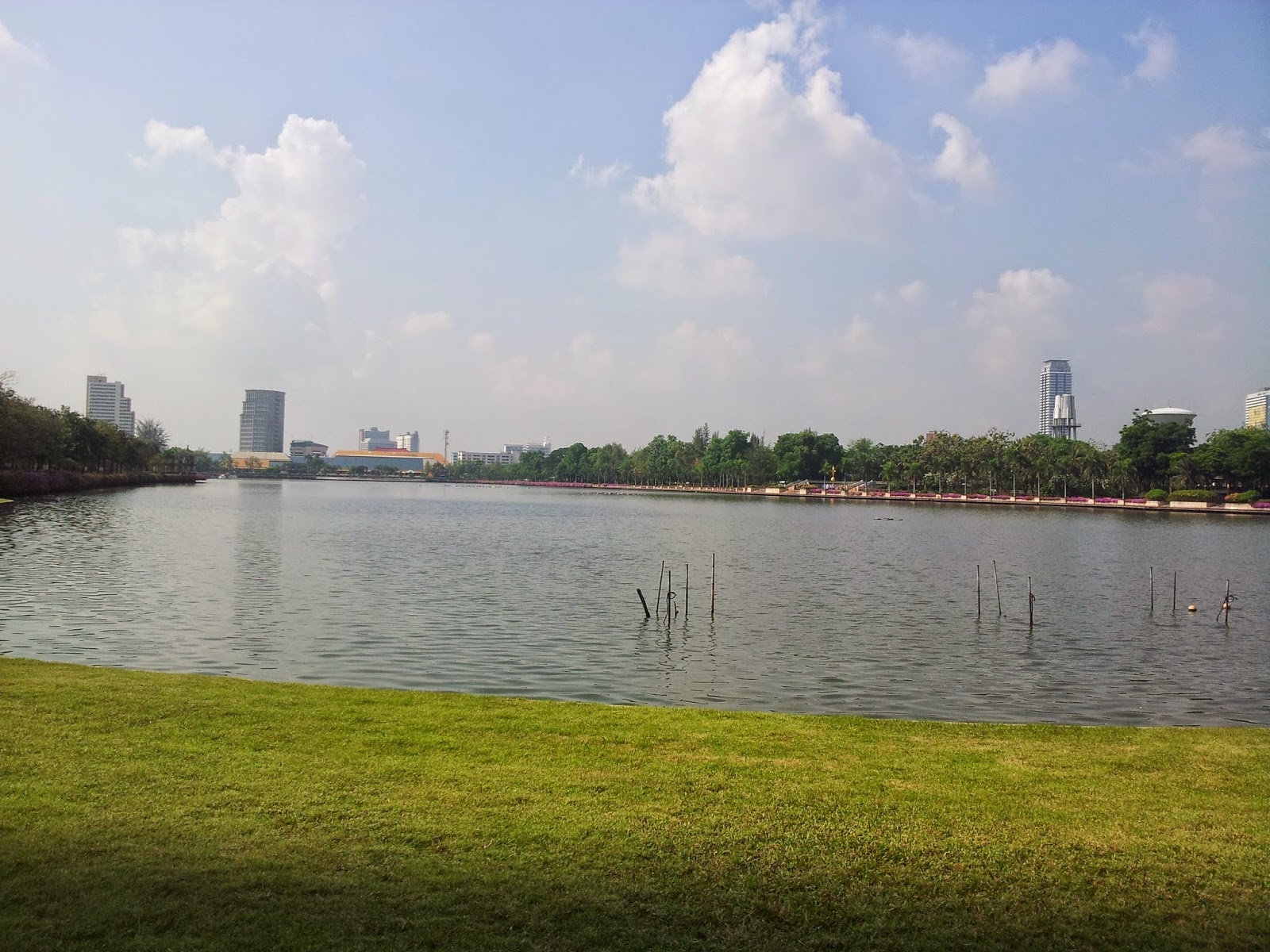 You also find a lot of Ferrari style t-shirts and caps; duplicate items that you get cheap but look good.

Do buy things from the city because in the airport the mementos were quite pricey.

For most of the flight trip the three of us spent time chatting at the back of the flight - our expert friend was off to the dream world. We brought some food from the airport since in budget airlines everything is charged and even if you are willing to pay you might not find something that you like.

And with that we end our Thai adventure! Will be back with another one soon...
Posted by Unknown at 10:29 AM 1 comment: