Thai travelogue: Things we can learn... 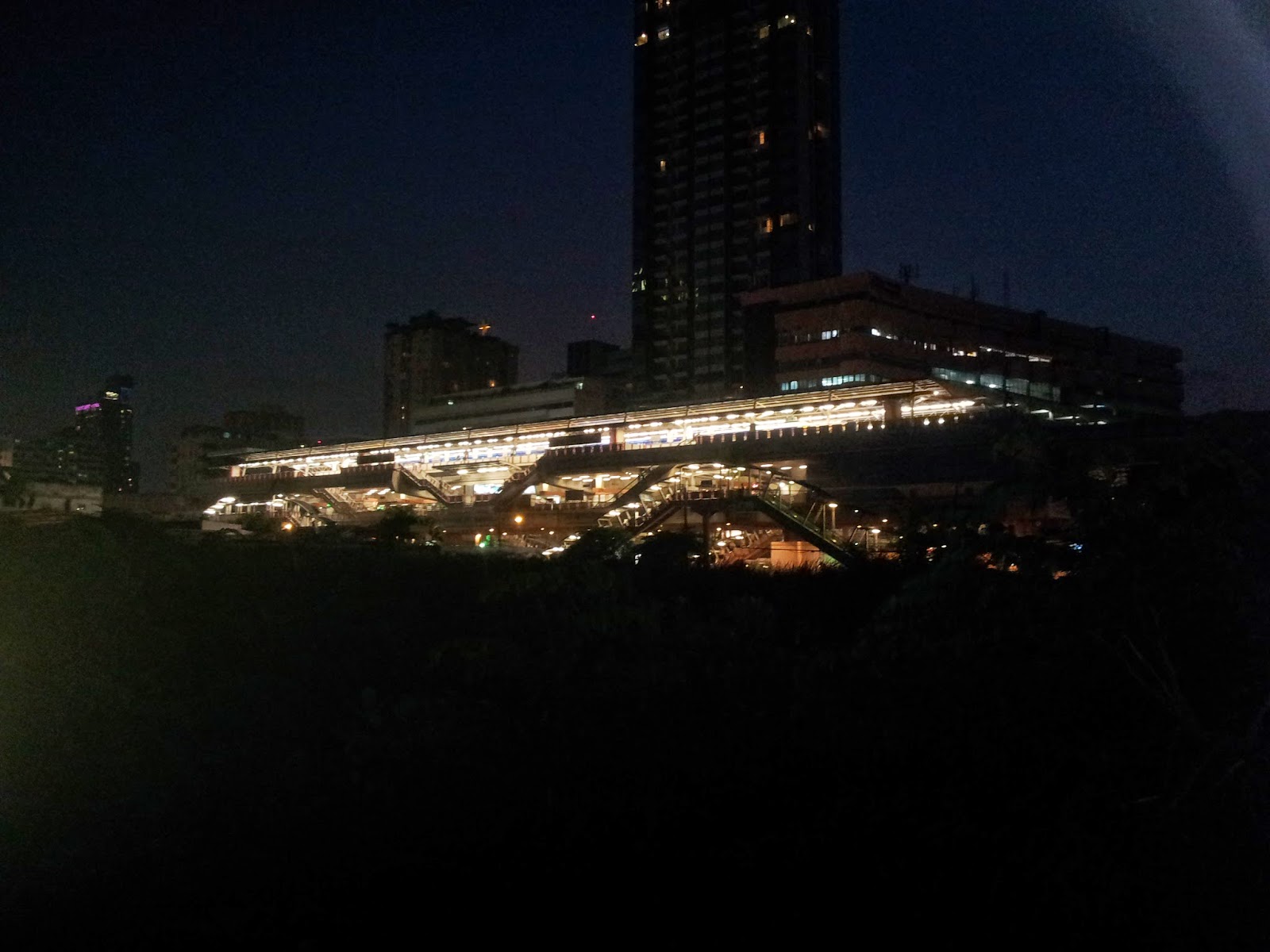 The ATMs felt odd for us in Thailand; we are very used to having ATMs within small closed rooms but here the ATMs were lined up on the footpath - anyone walking on the street could see you and there was no security for each ATM. We felt insecure in operating them! We had a forex card to withdraw money - the forex card is loaded in dollars so you can withdraw from any country; it would get converted at the current conversion rate and you will also incur a transaction charge. If you are making large purchases like a TV then you can use the card directly in those shops and avoid the transaction charge. Also if you are converting cash then $50 and $100 notes will get you the best exchange rate compared to using lower denominations. I've noticed the same in a couple of other countries as well.

(Pic is of the BTS metro station at night)

For today's dinner we tried out a few dishes from the hotel itself. And strange as it might sound, we ordered chicken conjee! Conjee or Kanji is a rice porridge; we do consider it as being healthy but definitely not something that we order in restaurants. The Thai version of the conjee was quite tasty. After dinner, our expert friend and me decided to visit an ex-colleague who had settled in Bangkok with her family.

Armed with the address we asked the hotel receptionist to get us a cab. While we waited, we saw a few cars in formation pass by. It seems it was the Queen travelling - I wonder how the situation would have been had there been traffic on the road; would they stop all traffic to let the Queen through?

The receptionist stopped a taxi and told us that we'd need to only pay the meter fare. After some confusion about the location it was again the mobile phone's GPS that came to our rescue. We spent about 30 minutes in the residence and learnt a few more things about the Thai way of life. There is a minimum percentage of local workforce that companies have to maintain in Thailand - so if they take more foreign workers they'll have to increase the local workforce to maintain the percentage. Our friend also said that generally Thai people are not aggressive in terms of wanting designation changes and fighting to go up the corporate ladder; they like to keep a good work life balance. Wouldn't it be nice if we had the same in India? If a person doesn't want to go up the corporate ladder, let him be where he is - but in India we have office pressure, peer pressure and society's pressure - "Is something wrong? By now you should be leading a team. See your classmate, he is a manager and is in US". The comparisons from childhood continue to office.

Being our 2nd last day in Bangkok, the four of us decided to roam around the city at night. We didn't have any plans on things to cover - it was just a walking night. A few local guys surrounded us - they asked us if we wanted to go for massage etc. They also had pamphlets which they kept waving. The good thing is that they don't pester you beyond a point and so you don't feel threatened.

Even after midnight, the streets felt safe to walk in. Many places were dark but you didn't feel like you would get mugged. The streets were clean and I felt that even women would feel safe walking alone here. Wouldn't it be nice if we could say the same back home? The restaurant where we had oyster bhel puri for dinner yesterday was winding up at 2am. They were not only cleaning their area but even a portion of the road near their restaurant. Everyone did their part to keep the city clean.

It was early in the morning at about 3am that we hit bed. Our veggie friend and I planned to visit a couple of things in the morning. Can't believe that our short trip had almost come to an end! Today morning we did have discussions about extending our trip but it was a little too late since we'd lose money on our flight tickets - and i don't think any of our managers back home would have liked a sudden change in plan! The one thing we had missed on the trip was Phuket.
Posted by Unknown at 10:45 AM