After crossing the security screening I was in the boarding gates area. There was still 30 minutes to go for the flight. I saw a lady buying a $2 headphone from a machine kept near the boarding counter. Interesting - you either bring your own headphones to enjoy the inflight entertainment or you buy the headphones. That way the airlines don’t need to worry about distributing and collecting the headphones. As usual there were a few people busy with their laptops. A guy next to me had a MacBook pro that looked cool. An Indian dad sitting beside him had a Dell and another guy on my right had a HP. I had all the brands around me! The MacBook guy was enjoying some tv show and the Indian dad was busy with some Excel spreadsheet. His son, sitting next to him, was really bored.

As usual when they announced that it was time for 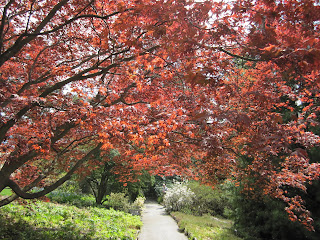 boarding, many people crowded around the boarding gate; even though they were calling for people based on their seat numbers. JetBlue flights had a few seats in Economy class with extra leg room that cost $10 more - it was good that I didn’t opt for it because all my neighboring seats were vacant! I wonder if they give last minute seats at a cheaper rate - but that would create the problem of everyone waiting for the last minute price drops!

The inflight entertainment system had a lot of tv channels. They provided us with water and chips or cookies. The potato chips was not the normal one - it was blue potato chips! The flight was pleasant and Boston in lights looked beautiful. The flight was just about an hour.

In my friend’s home

I came out of the airport and found a lengthy footpath beside the road - at a gap of every ten meters or so you had boards with the names of different airline carriers; that was the pick up point for each airline - I liked this system of different pickup points and drop off points depending on the carrier; it made things a lot easier - easier to locate people

and easier to spread out the crowd. I was a bit skeptical about stepping out of the airport so late in the night but looking at the people around I felt comfortable - Baltimore featured among the top cities in US when it came to crime and my friend had also told me a few stories about crimes that happened here. The blue car was nowhere to be seen; I went up and down the entire footpath stretch to see whether there was a JetBlue board anywhere else; there wasn’t and I went up and down a second time. I was thinking of heading back to the airport and giving a ring (I didn’t have a mobile and had to rely on the public phone booths), but just then my friend arrived.

There was this idea that maybe I could take a rental car and drive over to Luray caverns on Friday - since Friday my friend would be in office and I would not have anything to do. The problem was that it was a 3 hour drive and for some reaso

n I don’t think my friend was comfortable with the thought of me driving around in US highways; maybe because he hand’t seen me drive. Considering the 6 hour journey and considering the cost of a rental car - it might seem like the car costs just $15 or $20 per day, but adding the insurance it would become a lot more than that - maybe $40 and there is also the non-monetary cost of worry (the longest I had driven was about 2.5 hours and I also wasn’t keen on driving alone - I felt I’ll doze away at the wheel driving alone!); so we dropped the Luray caves idea - I’d spend the Friday writing my blog and researching on the places to visit on the weekend. My friend booked a rental car to pick up on Friday night; it was well past midnight. He said, “People here tend to take rental cars for long drives on the weekend - kind of makes you feel light because you don’t have to worry about your car.”

“And you also get to try out different vehicles.”

I tasted blueberries for the very first time before hitting bed - it tasted like grapes but didn’t have much sweetness. They are said to be very good for health.

In the morning I just felt like exercising because there was nothing else to do anyway! And again, just like in Dubai, I felt good exercising - somehow you felt you could stretch better here than back home in India - was it to do with the humidity or maybe something to do with the mind? I searched for how to get my milk heated - he had some teflon vessels and I wasn’t sure if it is okay to heat milk in teflon; we usually just use stainless steel vessels; his microwave came to my rescue and so I avoided using the stove itself. I mixed two varieties of cornflakes and had a couple of slices of toasted bread. He called me once to check how I was doing.

He came home for lunch - we had the biryani which he had bought yesterday night; things usually didn’t get spoilt that easily here; the fridge certainly helped but I guess even it had to do with the weather - you could cook something and keep it for 5 days and it would still be fine to eat. My friend said the biryani wasn’t as good as it usually is but I didn’t mind; it still tasted fine because it was quite a while since I had biryani. I think the Indian catering business would flourish well in the US; you had a lot of demand and I don’t think there was enough supply.

“You’ll need a greencard to start a business,” he added. 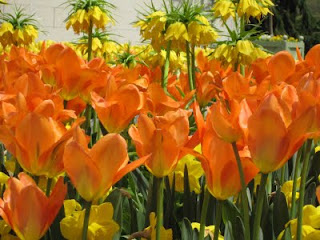 By evening we were done with the planning - we had a list of places to see but our weather channels forecast bad weather for the weekend; 100% chance of rains they said! We didn’t really have any options and so we rearranged the order of places to visit - rain or snow we were going on our road trip.

We must’ve spent 30 minutes thinking of what to do in the evening - finally we drove over to a mall in Annapolis. On the way, we stopped at an ATM - I owed my friend money for the flight tickets; ATMs here are located outside - we are so used to having ATMs within a closed shed or a building but here they were just out in the open. So people would queue up on the footpath - fortunately t

he machine dispensed money when I tried my pin (this was the first time that I was using the card in an ATM). In the 20 minute drive to the mall we talked about a variety of things and one of the topics that cropped up was girls. Life sometimes is pretty weird - there were these guys who loved so much that they went to crazy limits just for the sake of pursuing the girl they loved; in movies you can be sure that such an effort would be rewarded with a happy love story ending but sadly that didn’t happen in real life.

In the mall we stepped into a bookshop and then into a Portuguese restaurant. You go to the counter and place your order and they would deliver to your table. They had different levels of spiciness - I initially opted for low spice and my friend mocked me saying, “You are an Indian and you are going for low spice!” I then upgraded to medium while he opted for high spice. After placing your order you can pick up the sauce bottles that you want before heading back to your seat. I didn’t order any drink because I can never finish a big cup of soda juices. It was the first time I attempted eating a chicken leg with a fork and knife - I always used to wonder how it is possible; well, it is! Medium spice was just about right for me - my friend’s high spice was a bit too much for him itself! In Portuguese cooking they used some different sauces and spices on their food - I enjoyed the taste.

We had a problem for picking up the rental car - my friend would drive in his car to the rental place (in the airport) to pick up the rental car; now we’d have two cars and so on return, I’ll have to drive one of the cars! I opted to drive my friend’s car rather than the rental car since the rental agreement was only for one driver - if you wanted to include another driver you had to pay extra since insurance cost increases.

I practiced a couple of rounds in the parking lot in my friend’s car - the risky part in all this was that I didn’t know what was my insurance cover for the car I had back in New Hampshire; did it cover me only for using that car or did it cover me for any car that I drove in the US? We didn’t have a choice - and so we drove up to the airport and picked our rental car. It was a small Toyota though they called it a mid-size car; I felt my friend’s car which was not considered as a mid-size was bigger than this Toyota! In the airport parking lot I jumped into the driver seat of my friend’s car - this would be fun! I had to follow him without letting anyone come in between us because I didn’t know the route back home. I started the car and followed the red Toyota - it was around 10:45pm and as we exited onto the highway the car started beeping; ‘What was wrong?’

Damn, my seatbelt - I was driving without the seatbelt and a cop car was on the other side of the road! I tried handling the steering wheel in one hand while I fumbled with the seatbelt - the car wavered and almost went off the road before I slowed down; there was no one else behind me anyway. I buckled up and raced up to catch up with the Toyota. There were a couple of places where I was almost tail gating the Toyota to prevent anyone from coming between us. There were at least 3 or 4 cop cars that passed by. After about 15 minutes we were back home... without any incidents! Yipee.

Hello Sethu,
Your US travelogue says u really had a great time there. Well I found out when I met u with a stylish hair cut(US style huh??). Your experience in US has created a real interest in me to visit US at-least once in life time. Hope I would get a chance with God's Grace. It was really interesting..!! Go on..!!